Our website is undergoing system upgrades from July 1 to July 5, 2022. Online ordering and order processing will be disrupted during this time. For urgent order inquiries, please email ordersUS@takarabio.com, however, orders requested during the system upgrade will not be processed until after July 5. We appreciate your patience. 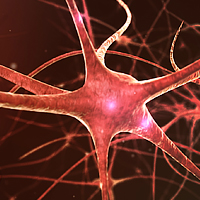 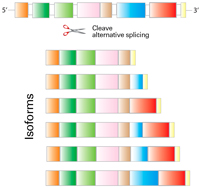 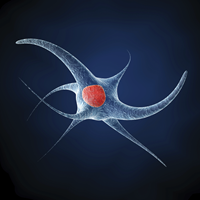 The human body is made of trillions of cells, partitioned into hundreds of different types and subtypes that we can now characterize in high definition. Advances in library preparation and sequencing technologies have allowed the single-cell analysis community to investigate the content of each cell more accurately than ever. Currently, droplet sequencing is the primary method used to survey these cells, as it allows the capture of transcriptomes from thousands of cells in parallel and is useful for cell-type identification. However, since the droplet-based method focuses on single mRNA ends (typically the 3' end), it gathers limited information. Complementary methods that provide full-length mRNA information, such as the Smart-seq2 method (Picelli et al. 2013) or Takara Bio's SMART-Seq® v4 Ultra Low Input RNA Kit for Sequencing (SSv4), are preferred for generating richer datasets. Using full-length and droplet-based methods in parallel is an emerging need in the scientific community, especially for consortia such as the Human Cell Atlas. There is still room for improvement of the Smart-seq2 method, particularly for use with challenging samples (e.g., cells with very low RNA content or nuclei). To address this need, we have further modified our core SMART-Seq technology to create a new chemistry with higher sensitivity designed specifically for single-cell applications—the SMART-Seq Single Cell Kit (Figure 1)—which outperforms all currently available full-length methods.

Greater sensitivity and reproducibility than Smart-seq2

The Smart-seq2 protocol (Picelli et al. 2013) and Takara Bio's SMART-Seq technology are widely used by the scientific community to generate in-depth characterization of the transcriptome at the single-cell level. To compare performance between the new SMART-Seq Single Cell Kit (SSsc) and the Smart-seq2 protocol, we processed single cells from the lymphoblastoid cell line GM12878 according to each chemistry's protocol (Figure 2).

Greater sensitivity and reproducibility than SSv4 for single cells

The SSv4 kit is the most sensitive single-cell RNA-seq method available, and considered by many as the gold standard for plate-based full-length scRNA-seq (Hodge et al. 2019; Ibrayeva et al. 2019; and other references). Through several experiments, we were able to demonstrate that the new SSsc kit generates data with even superior sensitivity and reproducibility than the SSv4 kit.

For the first experiment, we used 2 pg of high-quality control RNA to compare the two kits (Table 1). We observed a dramatically higher cDNA yield with the SSsc kit. When looking at three technical replicates, the SSsc kit generated on average a total of 13.1 ng of cDNA, while the SSv4 kit generated 6.7 ng, representing a twofold increase. Following sequencing and data analysis, we found that the SSsc kit identified about 15% more genes than SSv4. In addition, SSsc produced superior reproducibility, as evidenced by the increased Pearson and Spearman correlations (Figure 3). These scatter plots show that SSsc was able to detect additional genes that were expressed at a low level.

In a second experiment, the performance of the SSsc kit was further evaluated using FACS-sorted cells. Single cells from lymphoblastoid cell line GM22601 (Figure 4) or the PBMC population from a healthy donor (Figure 5) were processed with SSv4 and SSsc. As seen in the first experiment using the UHR total RNA, the cDNA yield was dramatically higher with the SSsc kit (Figure 4, Panel A; data not shown for PBMCs). We continued to observe the SSsc kit's improved performance in the sequencing data generated from both cell types. First, we observed that the read distribution was comparable between the two kits (Figure 4, Panel B and Figure 5, Panel A). Second, we found that we could identify more genes with the SSsc kit: ~50% increase in the GM22601 cell line (Figure 4, Panel C) and ~60% increase in the PBMC population (Figure 5, Panel B). This dramatic increase in sensitivity with the SSsc kit held true over a wide range of sequencing depths (Figure 5, Panel B). For the relatively homogeneous cell population of the GM22601 line, the SSsc kit was more reproducible in terms of expression levels across all genes in the 12 cells analyzed, as shown by the higher Spearman correlation (Figure 4, Panel D)—in accordance with the data obtained using UHR total RNA (Table 1).

Like SSsc, the NEBNext Single Cell/Low Input Kit (NEBNext) is a method to generate RNA-seq libraries from single cells. Both technologies are based on RT with a poly-A targeting primer, template switching for cDNA library generation, and PCR amplification for high library yield. Both SSsc and NEBNext are intended to produce unbiased and uniform libraries from simple, user-friendly workflows.

NEBNext is promoted as a method that provides high-quality sequencing data from single cells resulting in unmatched detection of low-abundance transcripts. Moreover, it is advertised as a robust and highly sensitive method.

In order to test these performance parameters between SSsc and NEBNext, we performed single-cell analysis using each kit according to the manufacturer's instructions.

While NEBNext cDNA yield was higher, this did not translate to a higher number of genes identified. Even with a lower cDNA yield, SSsc identified 40% more genes, allowing for a greater depth of understanding of the sample. Read distributions demonstrate SSsc has a higher percentage of exon-mapped reads and a lower percentage of intronic reads. As consistently seen in SSsc data sets, SSsc does have a slightly higher percentage of rRNA mapping, but this is due to the increased sensitivity of SSsc to allow for the optimized capture of information from single cells. It should be noted that despite the slightly higher rRNA, the number of genes identified is still much greater for SSsc. In Figure 6, Panel C, we continue to compare the sensitivities of both methods. For SSsc, there is a clear differentiation between the single-cell results (dark blue) versus the negative controls (purple), which represent the inherent experimental noise, providing confidence that the data seen are truly from the sample. However, for the NEB protocol, the background noise, as identified by the negative controls (red), overlaps with the actual single-cell sample (light blue). This clustering reduces confidence in the NEB results, as experimental noise cannot be distinguished from the single-cell sequencing results.

Extracting meaningful biological information from the small amount of mRNA present in each cell requires an RNA-seq preparation method with exceptional sensitivity and reproducibility. To date, the SMART-Seq v4 kit has been the most sensitive commercial single-cell RNA-seq method, in part due to its incomparable capability to retrieve information from full-length mRNA and not just the 3′ end. To address the need for improvement with extremely challenging samples, such as cells with very low RNA content, we have further modified our core technology to create a new chemistry with higher sensitivity: the SMART-Seq Single Cell Kit. This kit outperforms all current commercial and noncommercial full-length methods, including the NEBNext Single Cell protocol and Smart-seq2, against which our kit shines in terms of convenience, sensitivity, gene identification, and reproducibility. Added benefits are compatibility with automation platforms and a user-friendly plate-based workflow that starts directly from single cells isolated by FACS or other methods. In addition, the SMART-Seq single-cell chemistry generates a high yield of cDNA for repeated and/or alternate modes of analysis, which is extremely useful when dealing with precious and difficult cells such as clinical samples.

All cells were labeled with CD81-FITC antibody and 7-AAD (to distinguish live from dead cells) prior to sorting using a BD FACSJazz cell sorter into a 96-well plate or PCR strips. The cell types for each experiment are as noted above and include GM12878, GM22601, PBMCs, or T cells. After sorting, cells were flash frozen on dry ice, and then stored at –80°C until ready to use.

Unless otherwise noted, all libraries created with the SMART-Seq v4 Ultra Low Input RNA Kit for Sequencing, the SMART-Seq Single Cell Kit, and the NEBNext method were processed at full volume per the user manuals. The only exception to the standard NEBNext protocol was that 25 PCR cycles, versus the standard 20 cycles, were used to produce the NEBNext cDNA libraries. For the comparison to the Smart-seq2 protocol, cells were sorted and processed as described in Picelli et al. 2014.

For all samples except the NEBNext cDNA, sequencing libraries were generated using 125 pg of cDNA and the Nextera® XT DNA Library Preparation Kit (Illumina) with a quarter of the recommended volume, as described in the Nextera XT library prep of cDNA synthesized using the SMART-Seq Single Cell Kit user guide. NEBNext sequencing libraries were processed with 20 ng of NEBNext cDNA (within the recommended range). For all protocol comparisons, the indexed SSsc library and libraries prepared by the alternate methods were pooled together at equal input amounts and purified with Agencourt AMPure XP beads. Libraries were sequenced on a NextSeq® 500 instrument using 2 x 75 bp paired-end reads, and analysis was performed using CLC Genomics Workbench (mapping to the human [hg38] genome with Ensembl annotation). All percentages shown—including the number of reads that map to introns, exons, or intergenic regions—are percentages of mapped reads in each library.

Want to improve the results of your single-cell RNA-seq experiment?

Successful single-cell RNA-seq doesn't just happen on its own. It takes careful planning and optimization to get quality data you can trust. From sample prep through library prep, we can show you what to expect and how to navigate the difficulties. Explore these general tips for guidance on good experimental practices and FACS tips if you need help with sorting prior to library prep.