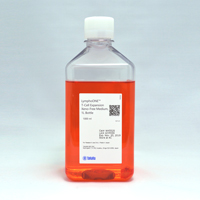 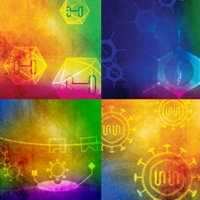 The development of therapies utilizing adoptive T-cell transfer has provided powerful new approaches for combating previously intractable diseases such as cancer. However, the broader application of these approaches will require additional technological innovation and refinement of existing protocols for culturing and engineering T cells. For example, in order to obtain sufficient quantities of patient-derived T cells for therapeutic applications, conventional culture systems typically require supplementation of culture medium with serum or plasma, which can be problematic for a variety of reasons:

In addition to expansion efficiency, another critical factor in the development of T cell-based therapies involves the phenotypic characteristics of expanded populations. Research over the past decade has established that T cells with a naïve phenotype provide greater therapeutic efficacy as compared to more differentiated populations (Klebanoff et al. 2015), an understanding that has informed the development of LymphoONE medium, as demonstrated below.

How does LymphoONE medium perform with the addition of serum?

While LymphoONE medium was developed to enable efficient T-cell expansion in the absence of serum, researchers always have the option of supplementing the medium with serum or plasma in order to achieve greater proliferation. As demonstrated below by the data involving stimulation by IL-2, anti-CD3 mAb, and RetroNectin reagent, supplementation of LymphoONE medium with human serum results in greater T-cell expansion and yields higher proportions of naïve T cells (CD45RA+/CCR7+ phenotype) compared to serum-free conditions. The data also demonstrate that LymphoONE medium outperforms competitor media under both scenarios (with or without addition of serum).

Yes, the version of LymphoONE medium that is currently available (Cat. #s WK552S & WK552) contains streptomycin. In the future, we will launch a GMP-grade version of the medium without antibiotics.

No. LymphoONE medium is xeno-free, meaning that it does not include any animal-derived (nonhuman) components.

What other components does LymphoONE medium contain?

Yes. The identities and quantities of all medium components are known.

The composition of LymphoONE T-Cell Expansion Xeno-Free Medium is similar to that of its predecessor, GT-T551. However, the formulation of LymphoONE medium has been optimized to enable greater T-cell proliferation, as demonstrated by the data presented above.