Simplify adenovirus production with a simple and rapid titer test

Post-transfection—Determine if infectious virus was produced, even before cytopathic events are observed

The Adeno-X GoStix protocol takes as little as 30 seconds to indicate the presence of adenovirus particles in your post-transfection or post-amplification supernatant. Adeno-X GoStix are designed to instantly confirm the presence of adenovirus in cell culture supernatants or lysates. The test detects adenoviral hexon proteins and can be used to determine if infectious virus was produced post-transfection, or to select the best time to harvest your virus. The included Hexon Control provides confirmation of GoStix test function (Figure 1).

Early detection of adenovirus during rescue

Adeno-X GoStix were used to confirm virus production during the rescue procedure. PacI-digested adenovirus expressing ZsGreen1 was transfected into HEK 293 cells, which were monitored for the emergence of cytopathic effects by phase and fluorescence microscopy. Twenty microliters of culture medium was applied to the Adeno-X GoStix on each day. Although no virus was detected at the start of the experiment, at four days post-transfection, Adeno-X GoStix were able to detect virus in culture supernatants containing plaques that were only weakly perceptible under phase microscopy and confirmed by fluorescence microscopy (Figure 2).

Adenovirus expressing ZsGreen1 was amplified in HEK293 cells 48 hr post-infection; and each day thereafter, the supernatant and the cell pellet were harvested and titers were quantified by counting fluorescent cells in an infectious unit (IFU) assay (Figure 3, Panel A). The increase in virus level in the cell pellets was mirrored by a proportional increase in the amount of virus collected from the culture supernatant. The amount of virus in the supernatant remained at <10% of the total virus output. The supernatant titer serves as a clear indicator of total yields. In addition to IFU determination, 20 μl of each sample was applied to an Adeno-X GoStix cassette. The increase in band intensity paralleled the increase in infectious unit titer (Figure 3, Panel B).

Adeno-X GoStix save time and effort during adenovirus production by providing a simple and rapid test for the status of adenovirus rescue even before cytopathic events are observed. Each test is sensitive enough to detect adenovirus in a small amount of crude supernatant, and is also used to ensure maximum yields during the adenovirus amplification process. The presence of a strong band in the cassette window ensures that high-titer adenovirus is harvested at the peak time. 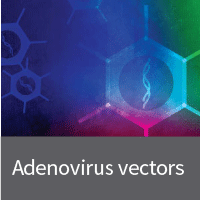 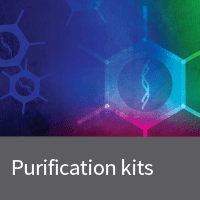 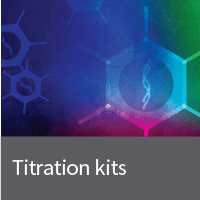