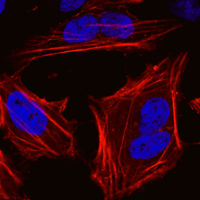 We have partnered with Vectalys to provide ready-made lentiviral particles for use in tet-inducible expression studies, to create induced pluripotent stem (iPS) cells, and for fluorescent marker studies. We believe these are the highest-quality ready-made lentiviral particles available, due to Vectalys' unique method of producing high-purity, high-titer particles with superior performance.

Click on the expandable tabs below to view answers to frequently asked questions about our lentiviral particles.

How are these viral particles different from other viral vectors?

How are recombinant lentiviral particles supplied?

The particles are provided in 20-µl aliquots, at a concentration greater than 1 x 109 TU/ml.

What are the titers of the viral particles?

The titers of all lentiviral particle products provided by Takara Bio are >1 x 109 TU/ml. The exact titer varies by lot; refer to the Certificate of Analysis for the titer of a particular lot.

How is the titer (TU/ml) of the viral particles determined?

Lentivirus titer can be measured a number of ways; some vendors measure the total number of particles in a prep, resulting in a titer that includes both functional and non-functional virus particles. The titer information provided by Vectalys is a functional titer determined by qPCR measurement of only the viral particles that are able to transduce cells (TU: Transducing Units). Specifically, TU corresponds to the number of integrated genomes generated by transducing 1 x 105 HCT116 cells with several serial dilutions of viral supernatant.

How much of the viral particle solution should be added to my cells?

Because the titer of each lot of particles varies, the volume required for transduction will also vary. The titer can be found on the Certificate of Analysis provided with each viral vector. Use the formula below to calculate the volume of viral vector for transduction. Refer to the product user manual for additional information.

What MOI should be used?

The optimal MOI will vary, and a range of MOIs should be tested when transducing a lentiviral construct into a cell line for the first time. Use an MOI between 10 and 100 as a starting point. Refer to the link below for transduction examples for a variety of cell lines and cell types. Recommended cell seeding density and M.O.I. for various cell types »

What are the safety concerns for use of lentiviral and retroviral vectors?

These products are designated as Level 2 biological agents. Follow the biosafety procedures for use of retroviral-derived vectors in accordance with all applicable regulations. All Vectalys-manufactured lentiviral particle products provided by Takara Bio are self-inactivating (SIN). Thus, the viral particles maintain the ability to infect a wide range of cell types, but they are not capable of producing replicative particles from transduced cells as assessed by RCL/RCR testing. Refer to the MSDS documents for more information.

How should the viral particles be stored?

How should viral particles be thawed?

Just before use, remove the particles from the –80°C freezer and thaw on ice (4°C). Five minutes before transduction, the vial should be removed from ice and allowed to equilibrate to room temperature. Once thawed, the vectors should be used for transduction as soon as possible to avoid degradation.

Can the viral particles be thawed and refrozen?

The viral particles are packaged in working aliquots. Minimize freezing and thawing; a 15–20% reduction in titer for every freeze-thaw cycle should be expected. If aliquoting is necessary, keep all samples on ice.

Can the viral particles be used more than once?

We do not recommend using the viral particles more than once.

Can the viral particles be used in vivo?

The purification level of Vectalys lentiviral particles distributed by Takara Bio allows for in vivo use, such as local injection of viral particles and engraftment of genetically modified primary cells. The lentiviral particles can be injected in all tissue types depending on the application, including dentate gyrus, subventricular zone, muscle, and blood, to achieve high transduction efficiency. Hematopoietic cells, lymphocytes, and tumor cells can be also transduced without inducing cytotoxicity, even at a high multiplicity of infection (MOI). The cells can then be re-engrafted into animals to develop genetically modified animal models. If you need to perform transgenesis experiments or preclinical trial studies for gene therapy purposes, we recommend using lentiviral particles produced with a specific purification process that includes a supplementary chromatography step. Please contact Vectalys at tech@vectalys.com if you need further details about in vivo-quality, custom-made lentiviral vectors.

Where can I learn more about the fluorescent proteins encoded by lentiviral particles used for subcellular localization and fluorescent marker studies?

Click here for detailed information on excitation and emission spectra, recommended filter sets, and antibodies and other applications of Takara Bio's fluorescent proteins.

How do the vectors used for subcellular localization studies work?

Each vector expresses a bright fluorescent protein fused to a domain that targets it to a specific cellular compartment. Click here for more information on available lentiviral particles for subcellular localization studies.

What are the lentiviral particles that encode fluorescent protein markers? 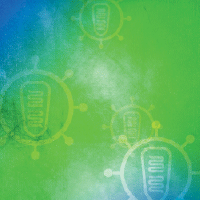