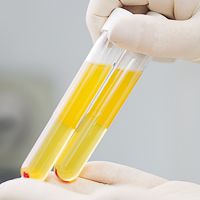 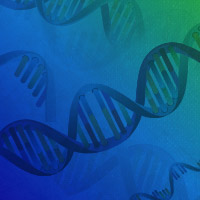 While molecular analyses of tissue biopsies continue to yield important insights into the field of cancer research, the scope of these approaches is limited in several important ways. Depending on the tissue being analyzed, obtaining samples can be laborious, invasive, and uncomfortable or harmful for research subjects. These all ultimately limit the number of samples that can be acquired. Additionally, given the propensity of cancer cells to continuously mutate and evolve, the cancer cell population in any one individual is often genetically heterogeneous. Consequently, tissue biopsies may only represent a subset of an individual's cancer cells and may not fully capture the mutational landscape of the disease. It is also worth noting that each tissue biopsy provides a portrait of the cancer at a single point in time, and subsequent biopsies are required to characterize cancer progression and/or treatment responses over time. Lastly, insights gained from the analysis of tissue biopsies may be of limited value for researchers attempting to characterize the early stages of cancer development, or for those seeking to develop biomarkers for cancer detection or monitoring.

In recent years, liquid biopsies involving the analysis of circulating nucleic acids in blood (such as cfDNA and miRNA) have gained prominence in cancer research as complementary, minimally-invasive approaches to the analysis of tissue samples (Larrea et al. 2016; Neumann at al. 2018). These approaches have largely been made possible by the development of technologies such as digital PCR and NGS, which provide the sensitivity and specificity necessary to detect relevant analytes present in minute quantities. Sample processing often involves the collection of blood in tubes that are treated with an anticoagulant, such as EDTA tubes or Cell-Free DNA BCT (i.e., "Streck") tubes, followed by pelleting of cellular components and isolation of nucleic acids from the resulting plasma supernatant. Given that nucleic acids of interest are typically present in low concentrations in blood, sizable input volumes must be processed to obtain suitable amounts for analysis.

Please note that Macherey-Nagel nucleic acid purification products are only available from Takara Bio in North America, India, and Japan.

A common analyte in liquid biopsy studies for cancer research is circulating tumor DNA (ctDNA), a subset of cell-free DNA (cfDNA) that is released into the bloodstream via processes such as cancer cell apoptosis or necrosis (Chu and Park, 2017). cfDNA is often highly fragmented (typically 130–180 bp in size) and present in low concentrations, requiring purification procedures that enable processing of large input volumes (e.g., 10 ml) and efficient removal of inhibitory compounds that are concentrated along with cfDNA.

Takara Bio offers both silica membrane- and magnetic bead-based technologies for purification of cfDNA as small as 50 bp from plasma samples, including the NucleoSnap cfDNA and NucleoMag cfDNA kits which allow for processing of input volumes up to 10 ml. NucleoSnap cfDNA employs a single-prep, snap-off column that is used for vacuum-based binding and washing of samples followed by elution at low volumes (down to 20 µl) via centrifugation. This allows 12 samples to be processed in less than an hour (excluding lysis). The NucleoMag cfDNA kit employs paramagnetic beads to enable automated processing for high-throughput applications, such that 24 samples can be processed in less than an hour.

In addition to cfDNA, microRNAs (miRNAs)—a family of small, non-coding RNAs ~22 nt in length—are another molecular species found in blood that are common targets for cancer studies (Hayes et al. 2014). miRNAs canonically act by inhibiting gene expression through binding the 3' UTRs of target mRNAs and either blocking translation or triggering mRNA cleavage (processes referred to as post-transcriptional gene silencing). It has been demonstrated that changes in miRNA expression correlate with cancer progression and that miRNAs released into the blood are protected from degradation via encapsulation in exosomes or by association with RNA-binding proteins (Mensah et al. 2017). A particular area of emphasis for cancer research involves identifying miRNAs that can serve as biomarkers for detecting and monitoring cancers and gauging therapeutic effectiveness.

For efficient isolation of miRNA, Takara Bio offers the NucleoSpin miRNA Plasma kit, which employs silica membrane purification technology in a single-prep, mini spin column format. The kit enables recovery of RNA ≥18 nt in length from 300–900 µl inputs of plasma using a simple, fast protocol that avoids the use of phenol or chloroform. This kit also includes an optional on-column rDNase digestion step for removal of isolated DNA. Using this approach, 10 samples can be processed in either 40 (without rDNase treatment) or 70 (with rDNase treatment) minutes.

In this study, miRNA was isolated from 300–600 µl of plasma and analyzed by microarray profiling as well as qRT-PCR.

In this study, the authors compared NucleoSpin miRNA Plasma with kits from competitors A and Q and reached the following conclusion: "First, to maximize profiling signals and to reduce miRNA expression variability, three isolation kits were compared and the NucleoSpin kit provided higher miRNA concentrations than the other widely used kits."