Epstein-Barr virus (EBV) is estimated to infect >95% of the population worldwide, typically through the spread of saliva. Most commonly, EBV infection will occur in childhood without the presentation of symptoms or will lead to infectious mononucleosis before becoming permanently dormant. However, in some rare cases, the virus can remain active, causing chronic active Epstein-Barr virus (CAEBV) infection (National Center for Immunization and Respiratory Diseases 2018; Genetic and Rare Diseases Information Center 2017). EBV is also an oncogenic herpesvirus that preferentially infects B cells and, to a lesser extent, T and NK cells, causing Hodgkin's lymphoma, Burkitt's lymphoma, epithelial carcinomas, and other malignancies in patients with chronic EBV infections (Kanda, Yajima, and Ikuta 2019; Cohen et al. 2009). 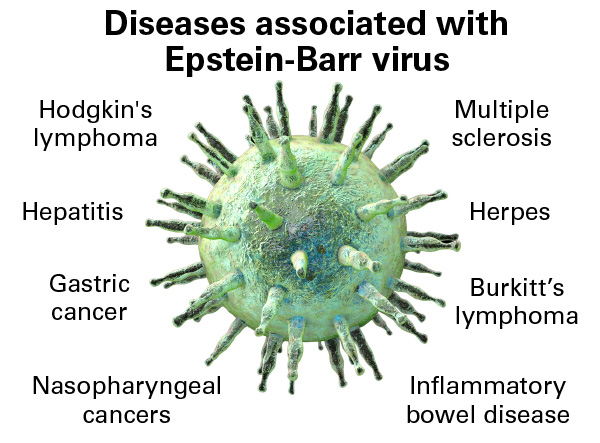 Investigating the role of EBV in oncogenesis requires an extensive comparison of the EBV genomes in CAEBV patients that display various abnormal tissue growths with those that develop infectious mononucleosis. Powerful tools such as next-generation sequencing (NGS) and advanced PCR techniques can be used to identify and confirm pathogenic EBV mutations that are associated with malignancies.

Recently, researchers from several Japanese universities carried out a collaborative investigation of the origins of CAEBV and the genomic mutations that lead to the development of tumors and lymphomas (Okuno et al. 2019). Using high-fidelity PrimeSTAR GXL polymerase along with Sanger and deep sequencing, the researchers probed for intragenic deletions in the EBV genomes of patients with different CAEBV-associated lymphomas. They identified deletions in microRNA clusters and viral particle production genes which could be linked to the malignancies.

Okuno et al. used a variety of sequencing methods to examine the mutational landscape and clonal evolution of CAEBV (Figures 1 and 2 in the paper). Whole-exome sequencing of T, B, and NK cells from CAEBV patients revealed an average of 5 mutations per sample (16 samples were obtained from 10 patients) and a total of 192 non-synonymous somatic mutations across all the samples. Further whole genome sequencing analysis of samples from patients with identical driver mutations in cells of different lineages led researchers to the conclusion that CAEBV begins with the infection of a common ancestor of the various lymphoid cells.

The researchers aimed to confirm these results by performing Sanger and deep sequencing on amplicons from targeted regions of the EBV genome. Due to the uncertainty of the deletion sizes, probing for this type of genetic variation is typically performed with long-range PCR and requires a high-fidelity polymerase that can accurately and reliably amplify both small and large genomic regions. Furthermore, the chosen polymerase needs to be capable of tackling the challenging repetitive regions present in the EBV genome, such as deletion breakpoints. PrimeSTAR GXL polymerase, which was specially designed for reliable amplification of long, GC-rich, or AT-rich sequences, was used for the generation of amplicons.

Careful analysis of the deletions revealed that they were most commonly found in two microRNA clusters that regulate the switch from latent infection to reactivation through a lytic-cycle cascade. In other studies, deletions in these microRNA clusters have been shown to lead to lymphomagenesis (Lin et al. 2015). Using a xenograft model, the researchers confirmed the pathogenic link between the deletion of the gene BALF5 and lymphomagenesis.

The right tool for the job

Next-generation sequencing has revolutionized our understanding of the genetic elements of viral pathogenesis. PCR, however, is still a critical workhorse for helping to verify the pathogenic mutations, insertions, and deletions observed with NGS, so having a reliable, robust polymerase on hand is essential. For this study, the researchers were challenged with validating intragenic deletions that ranged in length from 73–49,847 base pairs. Since PrimeSTAR GXL is optimized to excel with long amplicons and challenging genomic templates, it was more than up to the task. Browse our PCR application guide to see how PrimeSTAR GXL and our other polymerases can help with your most challenging PCR projects.