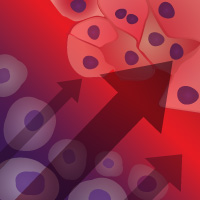 The Cellartis iPS Cell to Hepatocyte Differentiation System provides a complete solution for generating functional, hiPS cell-derived hepatocytes within three weeks. We know your time is valuable, so we want to help you maximize the success of your differentiation with this system. Our user manual provides a detailed step-by-step protocol for successful differentiation, but here are some of our tips and tricks for the steps that require the most care.

Using an appropriate seeding density is critical for successful differentiation to hepatocytes. Therefore, please make sure to count the cells correctly. We recommend counting cells using a hemocytometer, such as a Bürker chamber. If using an automated cell counter, you should count the same cell suspension in a hemocytometer chamber to verify the results, and adjust the automated counter settings accordingly.

During DE differentiation, we change the medium at about the same time every day (e.g., some time between 10 am and 4 pm) to continuously provide the cells with fresh nutrients and factors. During later stages, delaying the medium change by 10–12 hours is not as critical.

Medium changes after addition of overlay

Be very careful when changing the medium from Day 16 onward (which corresponds to Day 7 after the start of differentiation from DE cells). The overlay should not be disrupted or aspirated at any time. We recommend tilting the plate and gently removing 90% of the old medium (shown below in yellow) using a manual single- or multi-channel pipette, then very carefully adding fresh medium (shown in pink) to the wall of the plate.

If you have any questions before you get started or during your differentiation, don't hesitate to reach out to our technical support team here or by clicking on the live chat button in the bottom right corner of your screen (not available in all regions).

Custom differentiation of your human ES or iPS cells to hepatocytes.