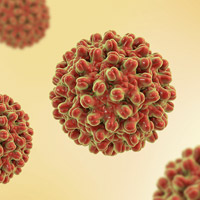 Work on viral hepatitis? Take our survey and get free coffee!

Human hepatocytes are highly attractive candidates for cell-based therapy for chronic liver disease and are essential to many studies in areas such as disease modeling, hepatitis research, and alcoholic fatty liver disease. However, the use of human hepatocytes is limited by their lack of availability and large inter-individual variation (Behbahan et al. 2011). These challenges also affect drug development, where there is a lack of robust and predictive cellular models during preclinical development and safety and toxicology evaluation. This, in turn, results in an enormous failure rate for newly developed drugs and substantial loss of both time and money for the pharmaceutical industry.

One way to circumvent the dearth of primary human hepatocytes is to generate them from induced pluripotent stem (iPS) cells. This method offers the unique possibility of an unlimited source of hepatocytes from various human donors. However, current hepatocyte differentiation protocols exhibit varying differentiation efficiencies across diverse iPS cell lines derived from multiple donor sources (Kajiwara et al. 2012). Moreover, in order to be useful, iPS-derived hepatocytes should recapitulate the diversity of metabolic phenotypes observed in human populations (Li 2008), express drug-metabolizing enzymes at equivalent levels to primary human hepatocytes, and maintain stable functionality in vitro (Sartipy and Björquist 2011). The Cellartis iPS Cell to Hepatocyte Differentiation System addresses all these challenges and allows for the simple generation of mature hepatocytes in vitro.

Using a protocol that combines media, supplements, and coating reagents optimized for 2D monolayer culture, the pluripotent stem cells are then differentiated into definitive endoderm, which is an essential embryonic mid-stage for all endodermal cell types (Zaret and Grompe 2008). This process takes 7 days, during which the pluripotency transcription factor OCT4 is downregulated, and several markers of DE cells (SOX17, FOXA2, CXCR4, and HHEX) are upregulated (Laydon, Bangham, and Asquith 2015). DE cells are then passaged, re-plated, and prompted to become hepatocytes. Functional hepatocytes are available for experimentation within three weeks.

To evaluate the robustness and applicability of our protocol, we tested hepatic differentiation from 20 different iPS cell lines. Hepatocytes generated using this system morphologically resemble primary hepatocytes in that they are polygonal cells, bi-nucleated, and have distinct cell borders. We also tested for expression of mature hepatocyte markers and loss of the OCT4 transcription factor. Hepatocytes derived from all 20 iPS cell sources were immunopositive for the transcription factor HNFα, which is a master transcription factor responsible for hepatocyte fate specification. The vast majority—93.8% ± 0.7 (mean ± SEM) of DAPI-stained hepatocyte nuclei—also stained positive for HNFα, and no OCT4-positive cells were observed, indicating the absence of any residual pluripotent cells (Laydon, Bangham, and Asquith 2015).

We also tested for expression of fetal and mature hepatocyte markers during differentiation into hepatocytes using RT-qPCR. Interestingly, the levels for the fetal hepatic marker AFP are highest at day 21 and gradually decrease as the hepatocytes mature. The opposite is true for the adult hepatocyte markers albumin, PXR, CYP1A2, CYP2C9 and CYP3A4, which are gradually upregulated in the maturing hepatocytes. CYP1A2, 2C9, and 3A4 are important drug metabolizing enzymes detected in adult liver tissue but not in fetal liver tissue. Taken together, these data indicate a homogeneous population of mature hepatocytes derived from multiple iPS cell lines.

Drug metabolism is a central hepatocyte function. A critical metric for terminal hepatocyte differentiation is the expression and activity of drug metabolizing enzymes in the cytochrome P450 (CYP) family. Therefore, in addition to RT-qPCR analysis of the enzymes CYP1A2, CYP2C9 and CYP3A4 shown above, we measured the activities of key CYP enzymes by LC/MS. We detected CYP1A, CYP3A, CYP2C9 and CYP2C19 activity at levels comparable to human primary hepatocytes cultured for 20 hr post-thawing (cryo hpep data, below). Interestingly, we observed variation in CYP activities (Phase I metabolism) between hepatocytes derived from different iPS cell lines or from different primary hepatocytes. We then determined if the foregoing variation was due to inter-experimental variation or differences in the donor source. Hepatocytes were repeatedly derived from ChiPSC18 (n=4), and CYP activity assays were performed on the different batches. We observed very small batch-to-batch variation in CYP activity (ChiPSC18 data, below). These data strongly indicate that the variability in CYP activity between cell lines was not due to an artifact of the differentiation protocol, but instead are representative of genuine phenotypic variation in iPS cell-derived hepatocytes from various human sources.

The Cellartis iPS to Hepatocyte Differentiation System has powerful utility for a breadth of applications from basic liver biology research, disease modeling, hepatitis studies, and pre-clinical work, to cell-based therapy for chronic liver diseases. Importantly, hepatocytes made using this system reflect the metabolic diversity inherent to human cells. Therefore, the Cellartis iPS to Hepatocyte Differentiation System will allow a researcher to make panels of iPS cell-derived human hepatocytes to interrogate potential patient-specific phenotypes. Safety and toxicology labs interested in developing in-house hepatocyte generation methods would also be interested in such cellular panels. In all, the Cellartis iPS to Hepatocyte Differentiation System greatly simplifies the generation of hepatocytes from various iPS cells, providing any customer a complete solution for their research.

Differentiation of iPS cells into hepatocytes

The differentiation protocol is as published by Asplund et al. 2016 with some modification to the maturation stage (Laydon, Bangham, and Asquith 2015). Briefly, iPS cells are cultured in DEF-CS at a defined cell density in day 0 cell culture medium. Medium changes over the next seven days yield homogenous DE cells that are then enzymatically dissociated and re-plated for further hepatocyte differentiation. The hepatocyte differentiation media guides the DE cells through the same developmental stages that occur during liver development in vivo: ventral foregut, hepatoblast, fetal-like hepatocyte and mature hepatocyte. This process takes another two weeks. At the end of this process, hepatocyte maintenance media provided allows for maintenance of function for at least another 11 days.

Cells were stained with primary anti-HNF4α antibody (Santa Cruz Biotechnology) followed by donkey anti-rabbit secondary antibody and counterstained with DAPI (Laydon, Bangham, and Asquith 2015). Representative HNFα pictures were merged with DAPI, and the number of HNFα-DAPI double-positive nuclei was evaluated.