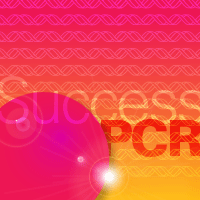 Epigenetic processes, such as acetylation and methylation of DNA, alter the structure of chromatin, making genes accessible or inaccessible to transcription, respectively. Methylation studies often incorporate bisulfite treatment of DNA in order to determine the methylation status of specific CpG sites. However, PCR amplification of bisulfite-treated DNA poses technical challenges for conventional polymerases due to a variety of factors, including the presence of uracil in the treated DNA. Designed for PCR for Combined Bisulfite Restriction Analysis (COBRA)/Bisulfite sequencing, TaKaRa EpiTaq HS (for bisulfite-treated DNA) is a hot-start (HS) DNA polymerase well-suited for methylation analysis of CpG islands and also for DNA amplification of AT-rich and GC-rich templates. This hot-start enzyme is coupled with an anti-Taq antibody that suppresses polymerase activity prior to high-temperature denaturation, preventing non-specific amplification due to mispriming or primer-dimer formation. EpiTaq HS DNA polymerase and included reagents allow for the adjustment of Mg2+ and dNTP concentrations to achieve optimal amplification efficiency and specificity, and to facilitate robust amplification of a wide range of target sizes—even targets that previously failed to amplify.

I was having difficulty amplifying PCR products from bisulfite-treated DNA. Takara EpiTaq was able to successfully amplify products using all of my primer combinations. I was able to amplify a product of ~1,000 bp, whereas with other polymerases I was lucky to get up to 300 bp.
—Researcher at the UNIVERSITY OF SASKATCHEWAN

Bisulfite treatment of DNA prior to PCR amplification

Methylation of cytosine at the C-5 position is the predominant covalent epigenetic modification in mammalian cells. Bisulfite treatment is a widely used, effective, and convenient method for DNA methylation analysis (Figure 1). Treatment of DNA with sodium bisulfite starts with the addition of bisulfite to the C-6 position of cytosine, allowing its deamination into 5,6-dihydrouracil-6-sulfonate. Next, the addition of an alkaline solution removes the sulfonate group, creating uracil in the place of cytosine. Methylation blocks the first step in this reaction—preserving the cytosine—while unmodified cytosine is converted to uracil and reads as thymine when assayed.

High amplification efficiency for a wide range of target sizes

I could not get a PCR product using a competitor's polymerase. I got it with EpiTaq HS. Thanks.
—Researcher at FOX CHASE CANCER CENTER