Using mRNA, miRNA, and lncRNA as biomarkers for cancer and other diseases

The primary method of diagnosing cancer and disease relies on lengthy, expensive, and complicated histological techniques, which are often employed in patients who are already symptomatic and thus further along in the disease state. Ideally, diagnosis methodologies should be non-invasive, rapid, and efficient—enabling affordable and precise screening in presymptomatic, as well as symptomatic, populations. Circulating nucleic acids, sometimes referred to as the circulating transcriptome, have emerged as one potential population of biomarkers for cancer and disease. Clinically, circulating nucleic acids have already been utilized for prenatal diagnostic testing, and numerous candidate tests are emerging for a variety of disease states. These circulating biomarkers typically fall into three main categories: mRNA, microRNA (miRNA), and long noncoding RNA (lncRNA). 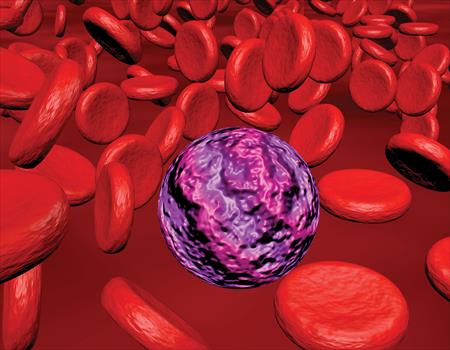 Circulating mRNA markers for liver, breast, and prostate cancers have all been reported. However, extracellular mRNA typically is rapidly degraded to small pieces that are challenging to characterize as unique biomarkers. In some cases, circulating mRNA can form complexes with chaperones, either protein or lipid binding partners, and persist in the blood. However, the high degree of variability and turnover in circulating mRNA makes it a challenging candidate for precision diagnostics.

miRNAs are a small (typically ~20 nt) species of noncoding RNA that is generally thought to regulate gene expression. Unlike coding mRNAs, miRNAs tend to be relatively stable and resistant to fragmentation. Currently, thousands of unique miRNAs have been identified, with implications across hundreds of diseases, ranging from numerous types of cancers, hereditary diseases, heart disease, kidney disease, central nervous system dysfunction and disorders, and obesity, as well as viral and parasitic infections. miRNA has also been found in other body fluids, including saliva, tears, cerebrospinal fluid, and urine.

lncRNA are longer (typically >200 nt) transcripts that do not code for a specific protein. Similar to miRNA, lncRNA is typically thought to be involved in gene regulation. Hundreds of thousands of lncRNAs have been identified and multiple cancers, neurological diseases, heart disease, and aging have been linked to disease-specific lncRNA species.

One of the challenges in screening for these biomarkers is the need to screen hundreds of potential targets in a variety of sample types. High-throughput qPCR has emerged as one potential solution, enabling rapid and sensitive detection of many targets. The SmartChip Real-Time PCR System has been utilized in numerous publications profiling miRNA, lncRNA, and mRNA in various forms of cancer and disease from a multitude of sample types including blood, cell lines, T cells, plasma, and various types of patient biopsies. Critical to all of the studies was the ability of the SmartChip system to support numerous assay and sample configurations, as each disease has a unique and changing set of biomarkers. Through collaboration, we helped researchers design and utilize multiple panels for mRNA, miRNA, and lncRNA that could enable high-throughput screening for key biomarkers in their disease model of interest on the SmartChip system.

Other studies utilized an miRNA panel that contained 1,306 pre-validated miRNA targets. The miRNA panel was run on the SmartChip system, which enabled the screening of thousands of miRNA in numerous samples, including colon cancer cells taken from patient tumors and pancreatic ductal adenocarcinoma cells, to identify key miRNA mediators of disease. Outside of cancer, the panel was applied to identify miRNAs linked to Down syndrome in maternal plasma, providing a potential noninvasive method for prenatal diagnosis. The panel has also been utilized to study and characterize different cell populations. One study characterized specific miRNAs shared between cancer cells and stem cells that regulate apoptosis. In another, the subpopulations of miRNA in serum, plasma, and leukocytes were characterized longitudinally. Another group found a mechanism for glucocorticoid suppression of T cells reliant on miRNA-98 by screening treated cells on the SmartChip system.

Finally, some research has studied lncRNAs on the SmartChip system by using a panel containing over 1,700 assays. This panel was developed in collaboration with Biogazelle and designed to be compliant with the Minimum Information for Publication of Quantitative Real-Time PCR Experiments (MIQE) guidelines, as well as curated against genomic databases. In one study, the lncRNA panel was used to study expression in the NCI-60 cancer cell line panel, a set of 60 human cancer cell lines derived from a variety of tissues including brain, blood, bone marrow, breast, colon, kidney, lung, ovary, prostate, and skin. 97% of the screened 1,700 lncRNAs were reproducibly expressed in at least one of the cell lines in the NCI-60 panel. In another study, the lncRNA panel was screened in melanoma samples to identify key mediators of melanomagenesis. This study found that the lncRNA SAMMSON was highly upregulated in the melanoma samples, and led to further study and characterization of its mechanisms. Another recent study utilized the lncRNA panel to develop a screen to look at how somatic copy-number alterations (SCNA) could influence lncRNA alterations to ultimately function as oncogenes or tumor suppressor genes. This panel could prove to be a key method of determining cancer-causing lncRNAs.

Review the citations listed below to see some of the mRNA, miRNA, and lncRNA biomarker research that was enabled by the SmartChip Real-Time PCR System.