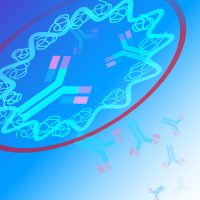 E. coli is commonly used to express recombinant proteins in life science research. However, mammalian cell-based expression systems have several advantages over E. coli, especially for eukaryotic protein expression. Expression in mammalian cells allows for proper protein folding and post-translational modification—features that are key for proper protein function in vitro. pHEK293 Ultra Expression Vectors enable ultra-high, transient overexpression of a protein of interest in human HEK 293 cells. Please visit our tech note for data specific to the use of these vectors for producing monoclonal antibodies.

Principles of high expression with the TAR-Tat system

High levels of recombinant protein expression with pHEK293 Ultra Expression Vectors is accomplished by a transcriptional activation mechanism based on the HIV-1 virus TAR-Tat system. The TAR (transactivation response) element is an RNA sequence derived from HIV-1 that forms a stem loop structure at the 5' end of the viral RNA. Tat is an RNA-binding protein that binds to TAR and promotes transcription.

In order to assess protein expression capabilities, both pHEK293 Ultra Expression Vector systems were used to introduce a fluorescent protein (AcGFP1) into adherent and suspension HEK 293 cells. For comparison, the same assay was conducted with a vector expressing AcGFP1 from a CMV promoter (pBApo-CMV DNA) and a high-expression vector from Company A. Constructs were made by inserting AcGFP1 into the appropriate vectors (details listed in the table at the end of this page).

Higher fluorescence intensity was observed for the pHEK293 systems (conditions 2, 3, and 4) than for either of the other two vectors (conditions 1 and 5). Additionally, a color change in suspension cells was readily apparent to the naked eye for cells transfected with the pHEK293 vectors. 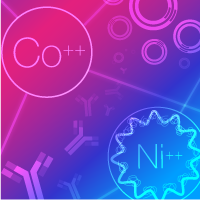