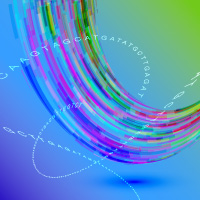 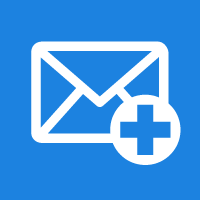 Monoclonal antibodies (mAbs) are a growing class of therapeutic agents used for targeted treatment of cancer and neurodegenerative diseases, among other conditions. Therefore, the development of methods to efficiently and rapidly clone, express, and screen mAbs is crucial, as the initial screening process can involve thousands of mAbs. Workflows that involve isolating cDNAs from variable regions of individual B cells and then cloning those regions into expression vectors have grown in popularity. While this method requires just a single round of cloning, use of traditional cloning and expression protocols can limit the number of antibodies being generated.

Traditional cloning presents several constraints which limit its scalability for higher-throughput workflows: low ligase efficiency (especially with larger DNA fragments), nucleotide scars, lack of directionality, and laborious vector and/or insert preparation. While low ligase efficiency and multistep fragment preparation can lengthen the overall workload by a few days, nucleotide scars and lack of directionality pose more serious problems, with the desired insert being cloned out of frame or in the wrong orientation, respectively. In general, these traditional methods add significant amounts of time to experimental setup and colony screening. Scaling up a workflow also means magnifying its potential problems and troubleshooting efforts. Minimizing such issues is critical for moving into applications that require thousands of clones.

In-Fusion Cloning is a ligation-free, highly efficient technology which lets researchers avoid the bottlenecks found when working within the constraints of traditional cloning. This seamless cloning method facilitates fast, accurate cloning of any PCR fragment(s) into any destination vector, with a success rate of over 95% for single-insert cloning. Background is low, and cloning is always directional, relying on homologous recombination between vector and insert to create final constructs. The speed and simplicity of the In-Fusion Cloning protocol, paired with the confidence in its results, makes the system easily adaptable to high-throughput workflows.

The workflow figure here shows just one basic example of how In-Fusion technology can be scaled up for cloning in 96-well plates, either manually or with automation platforms. While this workflow includes our recommended step of plating transformed cells to ensure a clonal population, in the study detailed below, researchers at Morphotek, Inc. found they were able to skip this step entirely. With the high accuracy of In-Fusion Cloning at their disposal, they developed their own high-throughput process for the rapid generation of antibodies, further streamlining the workflow with an alternative outgrowth method (Spidel, J.L. et al. 2016).

Having previously evaluated other cloning methods, Spidel et al. chose In-Fusion Cloning for its simplicity and high percentage of positive clones, a clear advantage over traditional restriction digests and ligation. In-Fusion technology also allowed them to create seamless clones, something they could not achieve with Gateway cloning.

The percentage of positive clones was consistently higher than we see when using traditional restriction digestion/ligation. That allowed us to streamline our process and increase our throughput by eliminating the plating step following transformation. Since most all plasmids contain the insert, we can grow the transformed bacteria as a pool and directly miniprep."

Variable region cDNA was amplified from RNA isolated from B cells. PCR primers were designed so that amplification products contained 15-bp ends homologous to the ends of the destination vector. This homology facilitates the In-Fusion Cloning reaction, which was then employed to clone these inserts into their linearized vector backbone. Because In-Fusion technology requires no downstream manipulation of PCR-amplified inserts, they were able to scale up this cloning process to multiple 96-well plates.

The researchers noted high cloning efficiency and "little to no background," which allowed them to altogether eliminate the plating step following transformation, and simply grow a semi-clonal pool directly from transformation outgrowth. Typically, screening for individual recombinant clones is the most time-consuming part of this process, but In-Fusion Cloning gave them the confidence that they were proceeding with the right clone, and could thus avoid the large bottleneck in the workflow. The authors validated this approach to ensure they were recovering the desired inserts. This method would not have been feasible with traditional ligation cloning due to low efficiency and the extra DNA manipulation steps required for such methods reliant on restriction digests.

With the increased demand for high-throughput methods to facilitate the rapid generation of monoclonal antibodies, accurate and streamlined cloning technology is an extremely valuable asset for researchers developing ways to scale up their work. In-Fusion Cloning is a natural fit, providing efficiency and speed in seamless cloning, enabling researchers to develop custom workflows for downstream applications and be confident in the results.

Variable (V)-region cDNAs were amplified by RT-PCR from RNA isolated from B cells, with primers containing 15 bp at the 5' ends that were homologous to the signal sequence, or constant (C) region. In-Fusion HD Cloning was used to clone the V-region cDNA inserts into their linearized C-region vectors. Following transformation, 50 µl of each transformation outgrowth pool was added to 1 ml of TB in a 96-well deep-well plate and shaken overnight. Resulting cultures were processed for plasmid extraction, and DNA was sequenced to confirm the presence of the desired inserts. To determine the efficiency of the In-Fusion Cloning reaction, glycerol stocks were streaked out and colony PCR was performed on isolated colonies.

For full method details, see the publication below.

*Jared Spidel's testimonial is based on his opinions and not those of Morphotek, Inc./Eisai Inc.; he is not being compensated by Takara Bio for providing the testimonial.