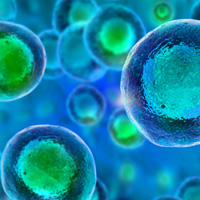 White adipose tissue (WAT) is a complex tissue comprised of both adipocytes and non-adipogenic cells. Single-cell (sc) RNA sequencing efforts to characterize the cellular composition of WAT and identify alterations impacting WAT metabolism have traditionally focused on the stromal vascular fraction (SVF), excluding adipocytes. Additionally, most scRNA-seq studies amplify from either the 3′ or 5′ end of the mRNA transcript, but not both. Technical limitations of these end-counting methods have forced scientists to prepare large numbers of input cells for these studies, which complicates sample prep and is unable to offer thorough insight into the transcriptome.

Although scRNA-seq technology has enabled high-throughput gene-expression profiling of non-adipocyte cells derived from WAT, most of these studies have been done on animal models or are biased by upstream fluorescence-activated cell sorting (FACS). Additionally, using only the SVF eliminates adipocytes from analysis as the enrichment step removes these cell types. These limitations are critical, because the characterization and comparison of the cellular compositions of SVF, adipocytes, and whole WAT from the same sample(s) is necessary to fully understand the factors impacting WAT metabolism. Unlike scRNA-seq, single nucleotide (sn) RNA-seq has proven capable of interrogating all cell types in WAT, which can facilitate a more comprehensive investigation of all cell types in human whole WAT. In their investigation, Whytock et al. utilized full-length snRNA-seq and scRNA-seq to profile all cell types together within the same tissue—the first such study to do so.

Using our single-cell full-length RNA-seq solution, Whytock and colleagues were able to annotate the cells comprising human WAT. They identified three adipocyte clusters in human WAT, and further demonstrated that the observed heterogeneity wasn’t captured from isolated adipocytes. Furthermore, the enhanced gene body coverage enabled by SMART-Seq chemistry allowed the researchers to describe the differentiation trajectory of pre-adipocytes. Applying the same protocols on single-cell suspensions from SVF, they also characterized non-adipogenic cells. Importantly, the results from SVF were achieved with far fewer input cells than reported in existing studies.

Whytock and colleagues have demonstrated the power of full-length snRNA-seq to profile all cell types together within the same tissue. They identified distinct adipocyte clusters in human whole WAT and assessed the transcriptional profile of adipocyte differentiation through trajectory analysis of pre-adipocytes. They were also able to characterize non-adipogenic cells from SVF using relatively few input cells compared to existing studies on human SVF.

These groundbreaking results were made possible by the high sensitivity and superior gene body coverage achieved with SMART-Seq chemistry. We think that’s good science!

The emergence of NGS-based methods for single-cell analysis has created a demand for automation systems that can simultaneously process many single cells regardless of cell type or size, and that provide high-quality data with high sensitivity and reproducibility. Our ICELL8 cx Single-Cell System is an automated platform for single-cell analysis that utilizes a simple dilution method with a large aperture dispenser for cell isolation, enabling imaging, selection, and characterization of many types of cells in a small amount of time.