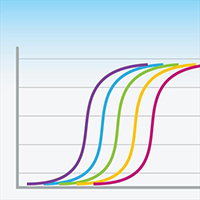 Although bacteria develop antibiotic resistance (AR) naturally over time, the emergence of new resistance genes and mobile genetic elements are accelerating due to antibiotic overuse and misuse in animals and humans. Annually, AR has a death toll of 23,000 in the US (CDC 2013) and 25,000 in the EU (ECDC/EMEA 2009). Furthermore, even the most optimistic estimates by the World Bank Group anticipate negative impacts on the global domestic product as severe as the 2008–2009 global financial crisis (World Bank Group 2017). Given the growing threat that AR poses to human health and economics, strengthening surveillance and research is a key strategic focus of many global initiatives in the field.

Recently, researchers from the University of Helsinki, the Catholic University of Portugal, and the Dresden University of Technology—along with collaborators at several other institutions—undertook a large-scale effort to survey AR in the urban wastewater treatment plants (UWTPs) in seven European countries (Pärnänen et al. 2019). Using high-throughput quantitative PCR, the researchers observed that the resistance genes and mobile genetic elements observed in the UWTP influents had a high correspondence with the clinical resistance patterns of a previous study examining these same regions.

One of the significant challenges in AR research is the large number of targets to assay. There are thousands of potential targets and some current methods, such as metagenomics, limit analysis to just the most abundant genes. Unfortunately, these genes are not necessarily the ones of clinical relevance. Because the researchers were interested in targeted analysis of a large number of AR genes (n = 229) and mobile elements (n = 25) for each sample, they chose to perform highly parallel qPCR using the SmartChip Real-Time PCR system.

Such a large-scale comparison study also faces many logistical and experimental hurdles, especially when it comes to minimizing the introduction of experimental bias. The high-throughput setup of their qPCR system allowed for the analysis of all samples on the same equipment and under the same operational conditions, thereby eliminating bias that could stem from variations in system operation and human error.

A portrait of community resistomes

UWTP influents were assayed because the researchers reasoned that these samples are highly representative of the AR prevalence and antibiotic consumption (AC) of the surrounding communities. A total of 12 sites across Portugal, Spain, Cyprus, Ireland, Norway, and Finland were tested. The influents of northern countries (Germany, Norway, and Finland) with low relative abundance of most AR markers clustered together, while the southern countries (Portugal, Spain, and Cyprus) with high abundance formed a separate cluster. These findings were consistent with a previous report that identified increasing clinical AR prevalence moving south through Europe (ECDC 2016) and match the AC trends of these regions. The treated outputs at the 12 UWTP sites were also assessed to determine if the treatment regimes were effective at reducing ARG levels. Impressively, the authors note that the ARGs of highest concern for human health were not detectable in these outputs.

A path for surveillance moving forward

The findings of this study demonstrate the importance of routine monitoring of environmental samples, such as wastewater, for the presence of ARGs as well as assessing the effectiveness of treatment regions developed to lower AR burden on the environment. Although such analysis can be daunting due to the number of potential targets to assay, highly parallel qPCR proved to be an effective approach to tackle the massive scale of this analysis.

This study was powered by the flexibility and throughput of the SmartChip Real-Time PCR System. We are continuously excited by the remarkable breakthroughs our customers are making in their fields and look forward to learning about their future advancements.

World Bank Group. Drug-resistant infections: A threat to our economic future. (2017). at <http://www.worldbank.org/en/topic/health/publication/drug-resistant-infections-a-threat-to-our-economic-future>

Learn about the flexibility and throughput the SmartChip Real-Time PCR System can bring to your genotyping and gene expression analysis.

Learn how the SmartChip Real-Time PCR System enables the study of antibiotic resistance genes from a variety of samples.