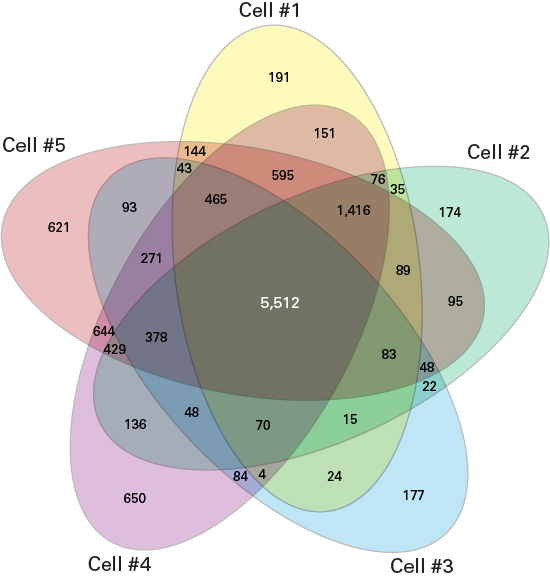 Liver fibrosis was long considered to be irreversible, but recent research has suggested that fibrosis can be reversed. In their recent study published in Nature Communications, Koda et al developed and characterized a new mouse model of liver fibrosis resolution. Using a new mouse model and a combination of single-cell RNA-seq (scRNA-seq) and bulk mRNA-seq to inform their functional studies, they show that a special type of T cell specifically attracts and induces apoptosis of hepatic stellate cells, the primary drivers of liver fibrosis.

Inflammation from NAFLD and NASH leads to liver fibrosis

Non-alcoholic fatty liver disease (NAFLD) is currently the leading cause of chronic liver disease worldwide. NAFLD is characterized by the excess accumulation of fat, called steatosis, in the main type of cells in the liver, hepatocytes. The steatosis can range from isolated, to a condition called non-alcoholic steatohepatitis (NASH), where lobes of the liver are inflamed. A subset of NAFLD and NASH patients go on to develop liver fibrosis, which can develop into cirrhosis or liver carcinoma.

On a molecular level, the repeated hepatocyte destruction associated with NAFLD and NASH creates an inflammatory environment in which infiltrating immune cells release various chemokines and cytokines. These chemokines and cytokines lead to the activation of hepatic stellate cells, which once activated, are the main drivers of liver fibrosis.

To study the mechanisms by which liver fibrosis is resolved, the authors first needed a model system where they observed the resolution of liver fibrosis. They modified an existing model in where mice are continuously fed a high-fat, high-cholesterol diet to induce NASH, and after 24 weeks on a high-fat, high-cholesterol diet, switched the mice to a normal diet (Called the RES model). While these mice showed clear evidence of liver fibrosis while on the HFHC diet, 8 weeks after switching to a normal diet, the mice had recovered to their original condition.

To gain further insight into how trm cells contributed to liver fibrosis resolution, the authors used a bulk full-length RNA-seq solution, the SMART-seq v4 Ultra Low Input RNA Kit for Sequencing. This approach allowed for the comparison of CD8+ T cell subset transcriptomes from RES mice, HFHC mice, and ND mice. Not only did the bulk mRNA-seq data corroborate the scRNA-seq data, but their analysis also showed the upregulation of cytotoxic and chemotactic mediators in the trm cells of both RES and HFHC mice. One robustly upregulated gene, Ccl5, was of particular interest because the corresponding receptor to this secreted gene product was expressed on hepatic stellate cells during the fibrosis resolution phase, but not the fibrosis phase. From this clue within the transcriptomic data, the authors then performed functional studies showing that trm cells specifically attract and induce apoptosis in hepatic stellate cells in a CCR5-dependent manner, which leads to the resolution of liver fibrosis.

As Koda and colleagues demonstrate, researchers shouldn’t choose between a single-cell or bulk RNA sequencing approach. Employing both approaches allowed the researchers of this study to not only identify which cell type to focus on, but also delve deeper into the transcriptome. Functional studies based on these data led to a discovery of a biological mechanism that has the potential to be manipulated for the treatment of NAFLD, NASH, and liver fibrosis.

And we think that’s good science!