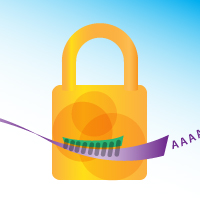 Quickly and accurately quantify your microRNAs (miRNAs) and their messenger RNA targets with this complete qRT-PCR kit.

A simple, single-step reaction uses an optimized mix of poly A+ polymerase and SMART MMLV Reverse Transcriptase to synthesize first-strand cDNA from your RNA sample. The cDNA is then specifically amplified and quantified by qPCR using your miRNA-specific primer and our TB Green Advantage qPCR Premix. Multiple miRNA species, as well as the mRNA targets of the miRNAs, can be amplified from a single cDNA sample. The system is extremely sensitive and able to detect miRNAs down to 50 copies.

To demonstrate the specificity of Mir-X miRNA quantification, we used a series of eight highly similar synthetic Let7 miRNA variants (Figure 1). We first spiked each of the Let7 miRNAs into separate samples of yeast polyA+ RNA and generated cDNA using the Mir-X single-tube reaction. We then tested a panel of variant-specific primers with each cDNA sample to determine each primer's ability to specifically and individually quantify the Let7 subtypes in the cDNA sample. Despite the high degrees of similarity among the variants and the primers (Figure 1, Panel A), Mir-X qPCR was highly specific in detecting each Let7 variant (Figure 1, Panel B).

Since the Mir-X system is able to detect multiple miRNAs, shRNAs, or mRNA targets in a single RNA sample, it can be used for a variety of applications. In principle, any RNA that is, or can be, polyadenylated may be quantified using the Mir-X method.

In mouse embryonic stem cells, we were able to monitor the alterations in expression for a panel of 12 miRNAs that respond to trichostatin A (TSA) treatment (Figure 2).

Exposing aggregated mouse P19 cell clusters to retinoic acid (RA) causes them to acquire neural cell phenotypes, which are accompanied by changes in the cellular miRNA pool. Using the Mir-X system, we tracked the abundance of one such miRNA, miR-9, which was induced by RA and continued to accumulate in these cells following a five-day exposure to RA (Figure 3).

Mir-X miRNA qRT-PCR TB Green kits are complete, dual-function qPCR systems that have the flexibility to monitor the level of your favorite miRNA or any other RNA species in your RNA sample. The single-tube cDNA synthesis is faster and far less complicated than other available methods, while miRNA qPCR is very sensitive and extremely accurate.