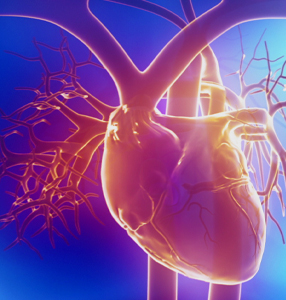 Mountain View, CA—September 9, 2019—Takara Bio USA, Inc. (TBUSA), a wholly owned subsidiary of Takara Bio Inc., is proud to announce that researchers from the Max Planck Institute of Heart and Lung Research are the first to apply single-cell RNA sequencing on intact, adult mouse cardiomyocytes using the ICELL8 Single-Cell System. Their work, which appeared recently in Basic Research in Cardiology, elucidated transcriptomic signatures of these cardiomyocytes during induced cardiac hypertrophy.

The team, led by Dr. Thomas Braun, used a modified version of Takara Bio's 3′ DE RNA-seq protocol for the ICELL8 Single-Cell System to analyze 715 cardiomyocytes, obtaining on average 0.6 million reads and detecting 3,900 genes per cell. Using this approach, they confirmed that while mono- and multi-nucleated rod-shaped adult cardiomyocytes exhibit homogeneous transcriptomic profiles under baseline conditions, this homogeneity is lost after being subjected to pressure-induced cardiac hypertrophy. The transcriptional heterogeneity in these hypertrophic hearts was found to be driven by hypoxic responses, and HIF1α-expressing cells were shown through staining to be preferentially located in areas with a low degree of capillarization. From this observation, the authors concluded that heterogeneous vessel growth was the main reason for cardiomyocyte heterogeneity in the remodeled hypertrophic heart, and differences in transcriptional signatures of adult rod-shaped cardiomyocytes depend more on local tissue environment than ploidy or other endogenous features.

Of particular importance to the success of this study, the authors note, was the ICELL8 system's integrated imaging step to identify only nanowells containing single, rod-shaped cardiomyocytes for processing, while excluding cells that were not rod-shaped due to cellular damage. These damaged cells contained degraded RNA, which led to inefficient RNA-seq library preparation and low numbers of transcripts and produced technical artifacts suggestive of nonexistent heterogeneity in the principal component analysis.

"We are excited to use the ICELL8 Single-Cell System for our research projects on adult cardiomyocytes. No other currently available platform provides comparable quality and versatility. Additionally, approaches such as scNuc-seq do not distinguish between mono- and multi-nuclear cardiomyocytes," says Dr. Thomas Braun, lead investigator of the study. "Only the ICELL8 system enabled us to address similarities and differences associated with the nuclearity of cells. Moreover, large cells such as cardiomyocytes are easily damaged during isolation, causing profound changes in the RNA content. The ICELL8 system allows rigorous quality control of analyzed cells, which is very helpful to avoid misinterpretation of sequencing data."

This work highlights several features of the ICELL8 system, such as the large-bore nozzle, gentle dispensing, and image-based assessment for QC prior to library preparation, making it ideally suited for single-cell research on cardiomyocytes with their large size and fragility.