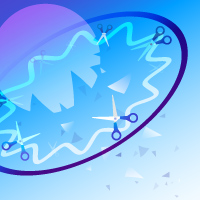 Mass spectrometry (MS) is the main analytical technique used in proteomics and characterization of proteins from a wide variety of organisms and cell types. The most important step in MS analysis is sample preparation, which requires the conversion of proteins to peptides. Trypsin is the most commonly used enzyme for proteolytic digestion of proteins to prepare peptides for analysis. It is a highly specific serine protease that cleaves at the carboxyl side of lysine and arginine residues, generating peptides of optimal size for MS analysis. Rapid and complete digestion is important for detailed protein characterization.

Using apomyoglobin (Apo), a common standard for peptide mapping, we compared the efficiency of in-solution trypsin digestion to the Capturem Trypsin method. Apo lacks disulfide bonds, so it does not require denaturation and/or reduction before enzymatic digestion. The completeness of tryptic digestion is often used as a measure of digestion efficiency. Figure 1 shows that 100% of the Apo sample was digested with Capturem Trypsin following a single centrifugation at 500g for 1 min (Panel C), compared to only 70% of the Apo sample following 16 hr of digestion with in-solution trypsin, which displays a significant peak of intact Apo (Panel B).

Mass spectrometry analysis of a protein digested with Capturem Trypsin

Proteomic analysis of a whole-cell lysate digested with Capturem Trypsin

Apo (80 µg) or Myo (10 µg) was dissolved in 200 µl of 10 mM ammonium bicarbonate before digestion. Capturem Trypsin Columns were activated by loading 200 µl of the activation buffer, included in the kit, onto the columns, followed by centrifugation at 500g for 1 min. The Apo or Myo solution was then loaded onto an activated column, followed by a single centrifugation at 500g for 1 min. The eluted peptides were subjected to downstream RP-HPLC and MS analysis.

Apo (80 µg) or Myo (10 µg) was dissolved in 200 µl of 10 mM ammonium bicarbonate for in-solution trypsin digestion. Trypsin was used at an enzyme:substrate ratio of 1:20 (w/w) to digest 4 µg of Apo or 0.5 µg of Myo. The reaction mixture was incubated at room temperature for approximately 16 hr.

For direct infusion MS, the eluted peptides were dried with a SpeedVac and reconstituted in 1% acetic acid, 49% H2O, and 50% methanol. Then 40 µl of reconstituted sample was loaded into a Whatman Multi-Chem 96-well microplate (Sigma-Aldrich) and sealed with Teflon Ultrathin Sealing Tape (Analytical Sales and Services). An Advion Triversa Nanomate nanoelectrospray ionization (nESI) source (Advion) was used to introduce the sample into a high-resolution accurate-mass LTQ Orbitrap Velos mass spectrometer (Thermo Fisher Scientific) equipped with a dual pressure ion trap, HCD cell, and ETD. The spray voltage and gas pressure were set to 1.4 kV and 1.0 psi, respectively. The ion source interface had an inlet temperature of 200°C with an S-Lens value of 57%. High-resolution mass spectra were acquired in positive ionization mode across the m/z range of 300-1,800, using the FT analyzer operating at a mass resolving power of 100,000. Spectra were the average of 100 scans. Signals with >1% of the highest peak intensities and S/N>3 were analyzed. Peptide identification was performed manually using ProteinProspector (v 5.14.1, University of California, San Francisco). The analysis included maximum of 5 missed cleavages. Mass tolerance was set to 10 ppm. The mismatch was set to 2.

Proteomic analysis was performed using a whole-cell lysate made from BT474 ductal breast carcinoma cells in the laboratory of Prof. Kian Kani, University of Southern California, Los Angeles. Briefly, BT474 cells were lysed in PBS, 1% OG, with a full complement of protease and phosphatase inhibitors. The cells were then subjected to reduction (5 mM DTT) and alkylation (50 mM IAA) in a final concentration of 6 M guanidine-HCl in PBS/OG. Protein identification was carried out using liquid chromatography/tandem mass spectrometry (LC/MS-MS) in a data-dependent mode. To reduce sample complexity, an initial RP-HPLC protein fractionation was performed by injecting 2 mg of protein lysate (in 3M guanidine hydrochloride in PBS) and collecting 1-ml fractions every 30 sec, for a total of 19 separate fractions, which were then frozen, and dried with a SpeedVac. Each fraction was resuspended in 100 mM ammonium bicarbonate buffer, pH 8.0 containing 1 M urea + 1% acetonitrile (ACN), for a total volume of 200 µl. Each fraction was individually digested with a Capturem Trypsin Column as described in the Capturem Trypsin Protocol-At-A-Glance, and 2 µl of acetic acid was added to each column eluate to terminate the digestion reaction, which was then cleaned up with a C18 ZipTip filter, frozen, and dried with a SpeedVac.

Each fraction was then resuspended in 25 µl of 95/5/0.1 H2O/ACN/FA (to an approximate concentration of 2 µg/µl). LC-MS/MS was performed by injecting 10 µl of each resuspended fraction into an LTQ-FTICR or LTQ-ORBITRAP mass spectrometer (Thermo-Finnigan) coupled to a nanoflow chromatography system (Eksigent) with a 25-cm column (Picofrit 75 µm ID, New Objectives) packed in-house with MagicC18 resin (Michrom Bioresources), over a 90-min linear gradient. MS was performed on the 19 samples in a randomized order. Acquired data were automatically processed by the Computational Proteomics Analysis System. The tandem mass spectra were searched against Version 3.13 of the human International Protein Index database (60,428 protein entries) with 5 sequences for human and bovine trypsin added. The search was conducted with X!Tandem (2005.12.01). The mass tolerance for precursor ions was set during the search to 1 AMU, with a mass tolerance for fragment ions set to 0.5 Daltons. However, matches with less than 5 parts per million mass accuracy were considered false positives and discarded. All identifications with a PeptideProphet probability greater than 0.9 were submitted to ProteinProphet, and the subsequent protein identifications were filtered at a 1% error rate with tryptic fragments (2 missed cleavages) with allowance for fixed modification on C = 57.021 and variable modifications on C = -17.027, E = -18.011, K = 6.020, M = 15.995, and Q = -17.027. Proteins were identified by the presence of 2 or more peptides from each protein.