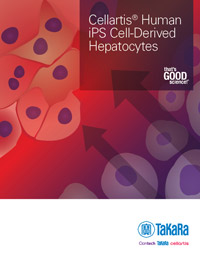 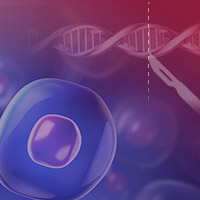 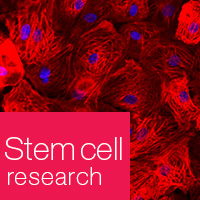 Takara Bio attended WPC 2019 and talked about our solutions for human hepatocyte differentiation and culture. If you missed us at the conference or would like to learn more, we invite you to review our presentations and technical notes, and reach out to us with any questions or requests via the "speak with us" link below.

To realize the full potential of human pluripotent stem cells (hPSC) in regenerative medicine, disease modeling, and drug discovery, optimized culture conditions are required that allow homogeneous populations of undifferentiated stem cells to be generated followed by directed differentiation into preferred cell types of interest in a robust and predictable manner. We have previously developed an optimized hPSC culture system, called the Cellartis DEF-CS culture system, that enables noncolony, monolayer culture of hPSC and results in highly pluripotent cells that exhibit low spontaneous differentiation and stable karyotypes. These cells provide a rapidly renewable source of hPSC that are highly amenable to downstream differentiation into a variety of disease relevant cell types.

Using an optimized protocol that combines DEF-CS media, supplements, and coating reagents optimized for 2D monolayer culture, we have developed a standardized workflow that mimics embryonic development and allows for highly efficient differentiation of hPSC to definitive endoderm and further differentiation into hepatocytes. We will describe the creation of large panels of industrial-scale hPSC-derived hepatocytes with specific genotypes and phenotypes and their utility for drug metabolism and disease modeling. We will also demonstrate that the novel hepatocyte maintenance medium developed for our cryopreserved hPSC-derived hepatocytes also maintains the viability of cryopreserved human primary hepatocytes for over 4 weeks in culture, which is in sharp contrast to existing hepatocyte maintenance media available on the market today. The increased assay window for both functional hPSC-derived and human primary hepatocytes in 2D cultures represents an important step toward advancing the discovery of new treatments for metabolic disease, reducing the incidence of drug-induced liver injury, and developing new strategies for liver regeneration and transplantation. 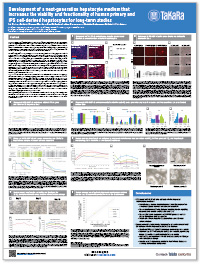 Since our new maintenance medium substantially extended the lifespan of hiPS cell-derived hepatocytes, we tested if it also could extend the lifespan of human primary hepatocytes (hpheps). Cryopreserved hpheps cultured in the medium maintained viability and displayed healthy morphology for up to 4 weeks. We also evaluated if the new culture conditions could enable intrinsic clearance (CLint) studies by culturing hpheps in the new medium for 10 days without medium change. During the timespan, no dedifferentiation or major cell loss was observed. ATP content was maintained, and CYP activities remained stable. In a proof-of-concept study, we showed that hpheps cultured in the new medium could be used to accurately predict the in vivo CLint of quinidine.

Taken together, our novel medium extends the functionality and viability of both hiPS cell-derived hepatocytes and hpheps in conventional 2D cultures. This increased longevity and functionality significantly advances the applications of in vitro hepatocyte models.

Learn about an advancement in modeling metabolic disease with Cellartis enhanced hiPS-hepatocytes.

See data on how to easily and consistently create your own hepatocytes.

Explore our technical notes and case studies to learn more about our streamlined protocols for gene editing in hiPS cells.